This covers my 8th blog aligned with my work anniversary, a successor to https://vzimmer.blogspot.com/2019/02/tiano-147-and-22-or-anniversarynext7.html.  I've now passed the 23 year milestone.

I try to land this blog posting on the anniversary day. Regrettably I'm a few weeks late this year (OK a couple of months at think point). Thanks to Lee F. for reminding me about me dilatory blogging practices so that I can bump this out of my drafts folder.

The important thing about the trip is to pushing things forward. I hearken back to a quote from Joel Spolsky https://www.joelonsoftware.com/2002/01/06/fire-and-motion/ "Fire and Advance." Keep pushing. Don't duck and cover. This includes engaging with theoretical debates about tech with people, esp since folks who have the time to 'debate' and not spending enough time 'doing' (e.g., firing, advancing).

One thing about the trip is that there is always criticism. Sometimes the insight is insightful, such as the FSP-S critique in https://review.coreboot.org/plugins/gitiles/coreboot/+/refs/changes/28/36328/5/Documentation/fsp/fsp-s_discussion.md. At other times is can be a bit tougher, such as the  https://media.giphy.com/media/z9AUvhAEiXOqA/giphy.gif that Topher had as the image for https://uefi.info/.

Feedback can include specification size https://twitter.com/bcantrill/status/1219085364737888256. I am sympathetic to this approach. For example, in the PI specification we originally posted as five volumes http://www.uefi.org/sites/default/files/resources/PI%201.5.zip as late as PI 1.5 but are moving to a monolithic https://uefi.org/sites/default/files/resources/PI_Spec_1_7_final_Jan_2019.pdf
document in PI1.7. The rationale for the smaller books is that if you were doing something like the Intel FSP, you might just want to learn about generic software objects like HOB's and Firmware Volume headers (e.g., Volume 3).

As always happens to me when I haven't blogged in a while I collect more random observations. Technology seems to run in cycles, namely the I/O Controllers (IOC's) on mainframes to abortive attempts to standardize a couple of decades ago such as I2O https://en.wikipedia.org/wiki/I2O (which could be a blog on its own where I2O apportioned the work wrong with respect to data movement) to today's Smart NIC's, safe OS's such as the 432's Ada Imax OS https://en.wikipedia.org/wiki/IMAX_432 and today's Rust-based Tock OS on Open Titan https://github.com/google/tock-on-titan. Or 'computer' companies like Honeywell going from 16-bit https://en.wikipedia.org/wiki/Honeywell_316 to quantum https://techcrunch.com/2020/03/03/honeywell-says-it-will-soon-launch-the-worlds-most-powerful-quantum-computer/.

Another interesting observation this blogging cycle... Although my patenting career has mostly gone to sleep, I was interested to see the reformulated web page https://en.wikipedia.org/wiki/List_of_prolific_inventors with company names added. I observed Intel twice - myself and Bellevue Intel neighbor Mike Rothman. Although this list not complete since it's missing Intel's Robert Chau 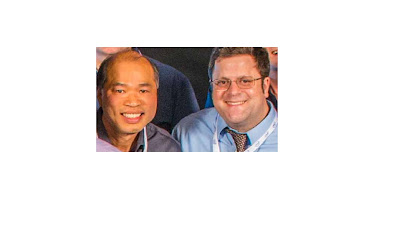 (nearly 500) https://venturebeat.com/2020/01/07/a-bright-future-for-moores-law/. Other notable tech companies mentioned in the list: IBM 51 times, 4 for Broadcom, 2 Qualcomm, 1 AMD and 15 for Intellectual Ventures (just a few miles away from the office @ 405/i-90) here in Bellevue. No MS or Faang companies?  Maybe latter are too young? At the time of this posting I'm #90, but the ineluctable march of the forces of IBM will bump me out of the top 100 before the end of the year, I suspect (or edits to address omissions like I mentioned above).

Speaking of Bellevue/Seattle area, prior to the recent health quarantines, there were some pretty interesting local talks, including one from Flowers in SODO on refactoring , and any code in your source tree without tests is 'legacy code.'  --  https://martinfowler.com/books/refactoring.html 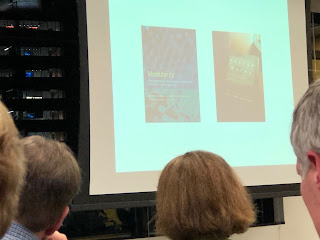 Since EDKII just upstreamed a unit test framework https://github.com/tianocore/edk2/tree/master/UnitTestFrameworkPkg w/ 2 tests (Safe Int Lib and reset system), I'd say it's now more on the 'legacy' side of the ledger. It was a bit saddening since the talk was hosted an office next to my former Seattle Intel office. 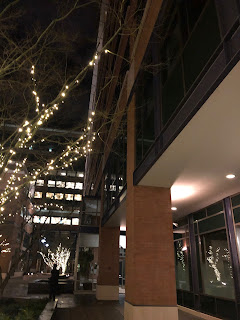 Although it did find the Pac NW variant of Stonehenge, it would appear. 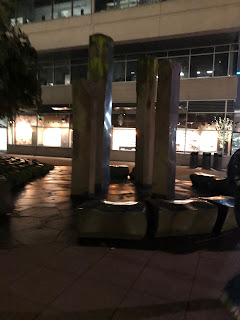 Another good talk was in SLU for the Rust meetup, 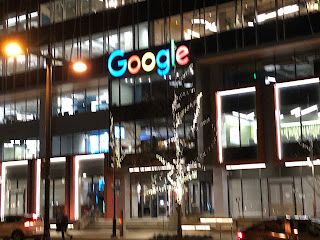 including a Wasm talk by a Google engineer
https://docs.google.com/presentation/d/1eOaVK3b5Ye13ZF92viWETq7F8wZdBOOY_yT37JNjAPs/edit#slide=id.p with always interesting propaganda posted at their new office. 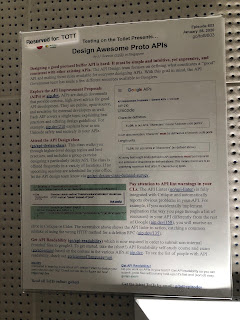 These days, though, the in-person meetups are mostly replaced by conference calls, including but not limited to Zoom, GoToMeeting, BlueJeans, Skype, Hangouts, and MS Teams.

Let's wrap up with interesting companies in the news. I mentioned oxide in http://vzimmer.blogspot.com/2019/12/rust-oxide-corrosion.html and was happy to receive some of their swag https://twitter.com/vincentzimmer/status/1233847629928452096. I also had a chance to catch https://oxide.computer/blog/on-the-metal-3-ron-minnich/ interview with Ron. Ron wrote the introduction to https://www.apress.com/us/book/9781484200711 and it's always great to hear Ron provide history and insights into technology. When we finished this book co-author Marc Jones said 'we should do one on servers.' As always in tech, it takes a little time https://www.opencompute.org/projects/open-system-firmware. Speaking of Oxide, beyond their podcast series Bryan Cantrill has also done a nice talk as part of Stanford's ee380 https://www.youtube.com/watch?v=vvZA9n3e5pc&list=PLoROMvodv4rMWw6rRoeSpkiseTHzWj6vu.  Good stuff.

Posted by Vincent Zimmer at 8:18 AM