Saturdays are interesting, especially working for a multinational company with colleagues across the globe. I may have shared this sentiment before, but I still recall the tale that resonated with me from a currency arbitrage trader https://www.investopedia.com/terms/c/currency-arbitrage.asp. The person mentioned that he was working whenever a market was open. Luckily Saturday is the one day without any market open so he would use that day to do laundry, go grocery shopping, and follow-up on other chores. Feels like the work life of many in Friedman's flat world :).  Thus stealing a few moments on the Saturday nadir of activity for a quick blog.....

I'll commence this blog with observations about books, starting with my most recent  https://www.apress.com/us/book/9781484261057 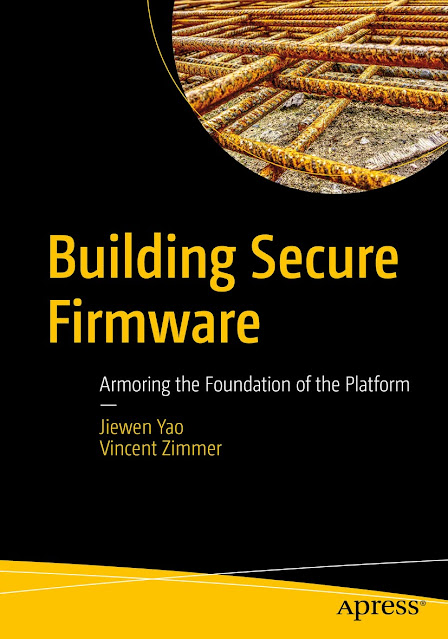 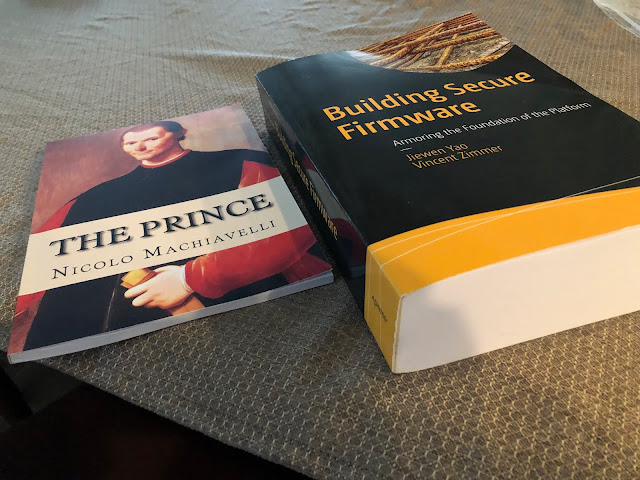 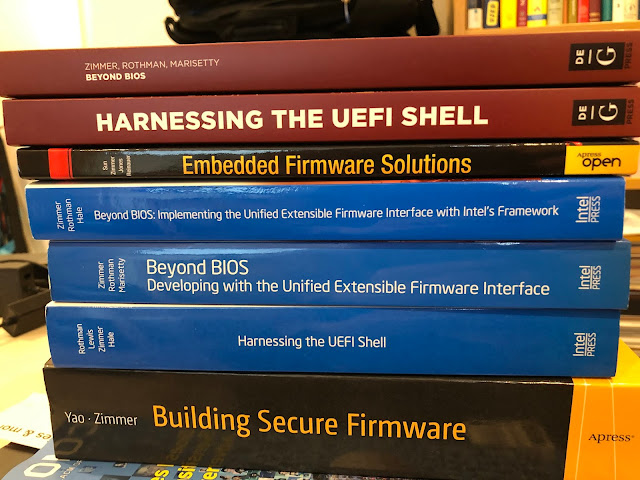 Now for a bit of history of Intel and tech books, at least as far as I'm aware. Prior to Intel Press, Intel technical books were done through McGraw Hill in the 1980's. Below is one example from my nearby shelf.
https://www.amazon.com/Programmers-View-Intel-432-System/dp/0070477191 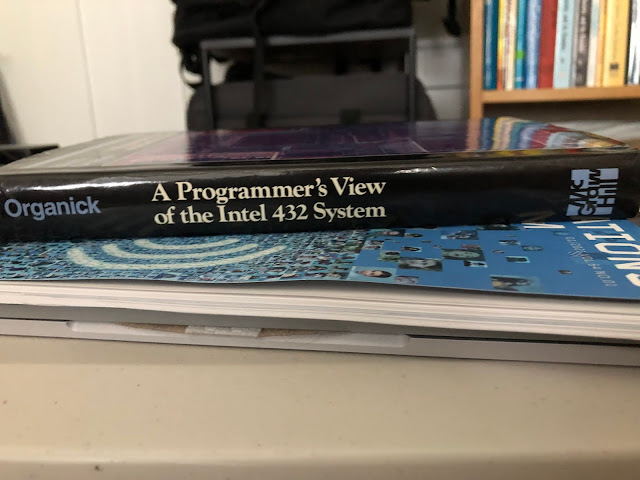 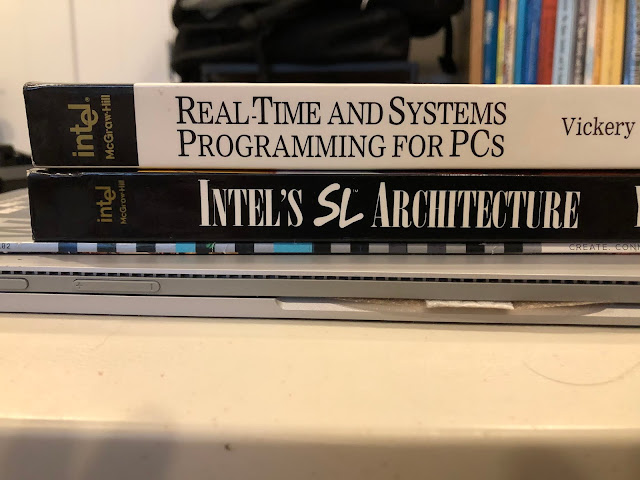 I especially like the the drop-e in the logo of those books which was removed in 2006 by Intel.
And in the 2000's Intel Press published both books https://openlibrary.org/publishers/Intel_Press https://www.intel.cn/content/dam/www/public/us/en/documents/white-papers/developer-reading-list.pdf and the Intel Technology Journal (ITJ). I still recall reading the first IT issue https://www.intel.com/content/dam/www/public/us/en/documents/research/1997-vol01-iss-3-intel-technology-journal.pdf when I joined the company in 1997. I was happy to have the opportunity to lead the creation of the only printing in 2011
https://www.intel.com/content/dam/www/public/us/en/documents/research/2011-vol15-iss-1-intel-technology-journal.pdf. It made me feel like a small part of the technology history of the company. 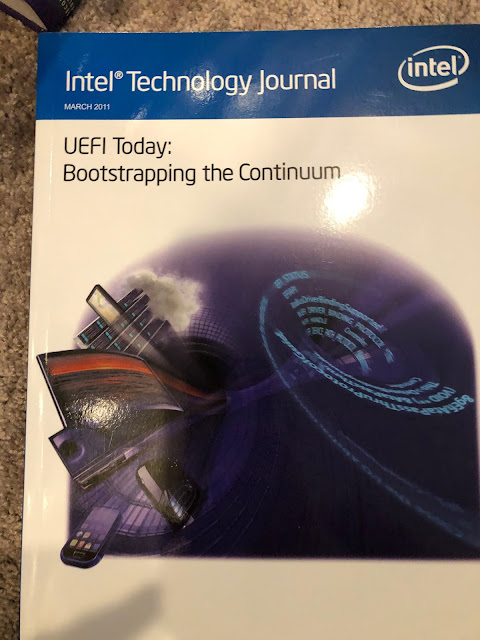 In that 2011 issue I co-authored 3 of the papers, including networking and security 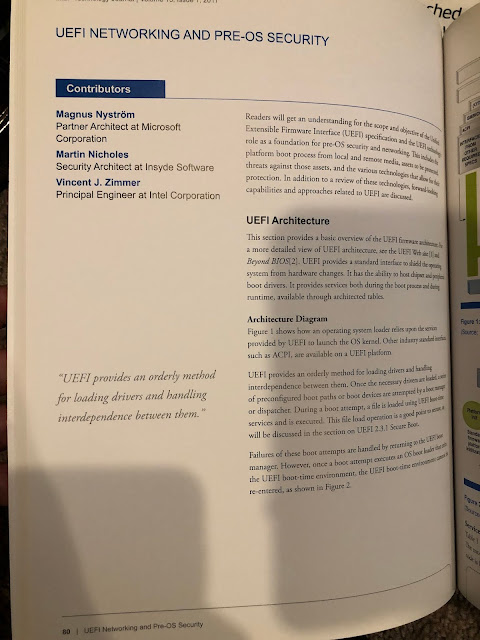 which was referenced in the Apress firmware security book, as shown below. 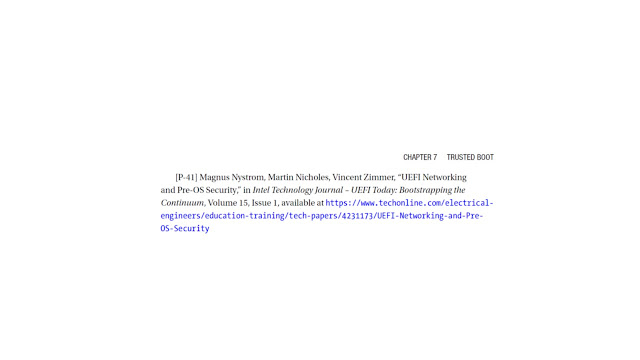 And luckily the Intel Technology Journal PDF's were all archived on Intel.com after Noggin.intel.com and Intel Press were closed down.
Another notable reference in the Apress security book was http://netlab.cs.ucla.edu/wiki/files/shannon1949.pdf 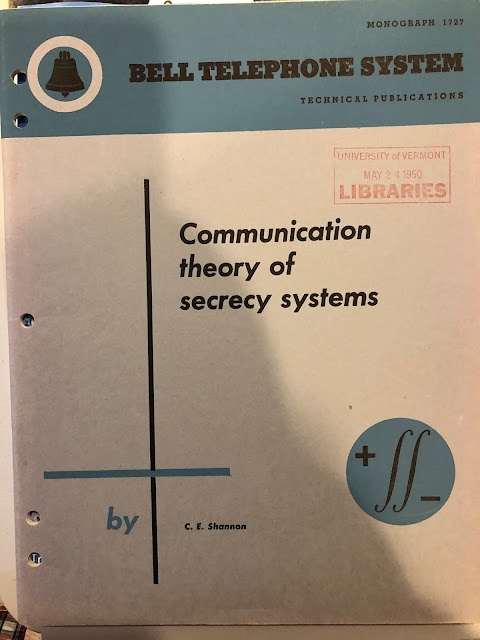 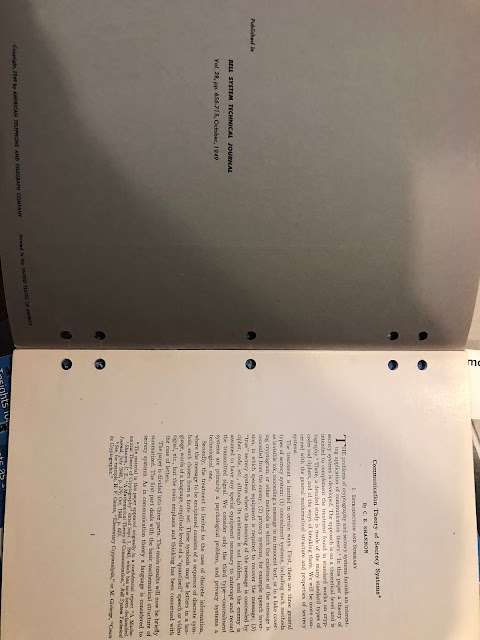 which excerpted some of the principles of cryptography 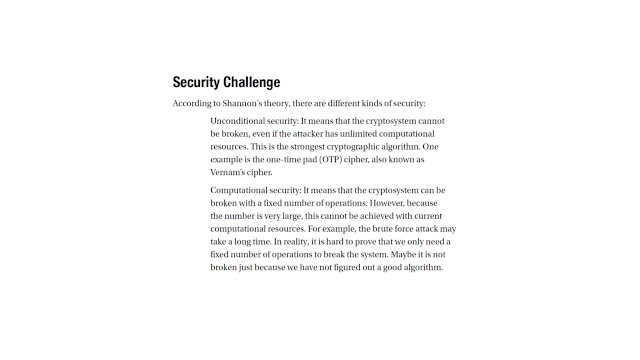 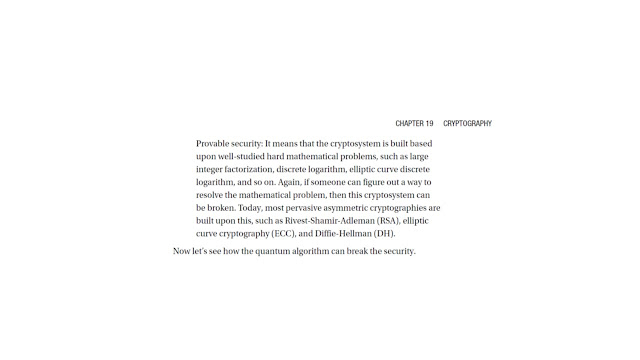 and had the citation 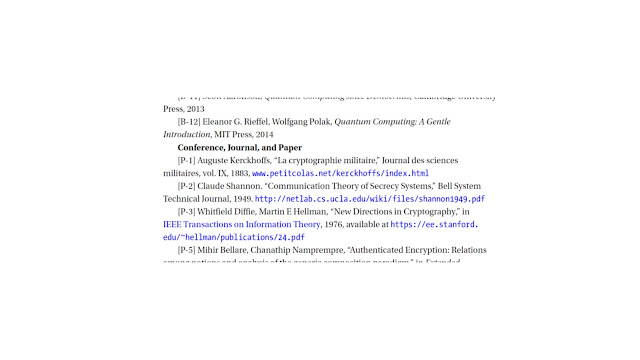 I regret that only this final Apress book had rich citations. The other books were a bit light on the references. I'm still amazed by the longevity of Shannon's work on information theory and security.
Speaking of Apress, the publisher is actually an imprint of Springer Verlag https://en.wikipedia.org/wiki/Springer_Science%2BBusiness_Media.  In 2009 I wrote a chapter for Springer 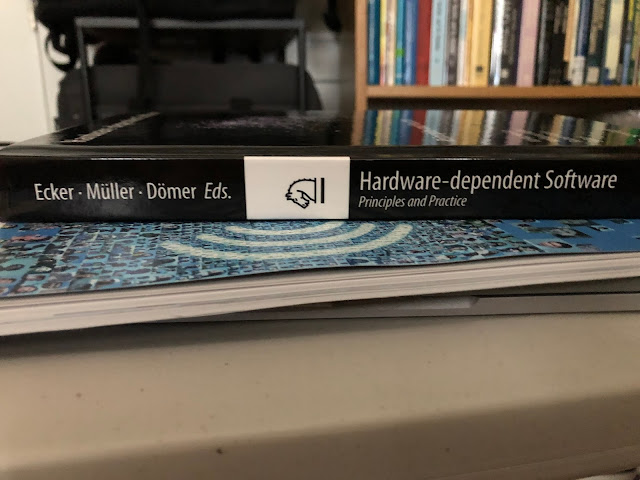 with original Beyond BIOS co-authors. 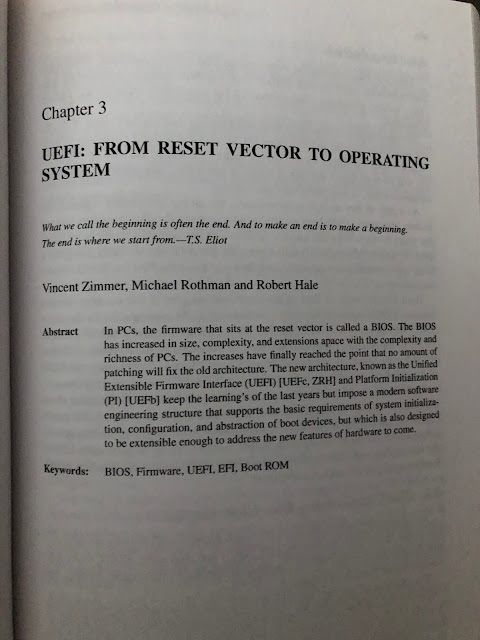 Outside of Intel presentations or patents, the 2004 "Update at Intel" article is the first of prose describing firmware. This was part of a series of articles posted on the Intel website about recent technology evolution. I still like the fact that it described the XScale ARM port I did in 2001 and had a Pentium 4 in the block diagram. This same XScale work was elaborated upon the 2006 Beyond BIOS book code fragment, being placed by a mobile internet device (MID) in the 2010 2nd edition of Beyond BIOS, and finally turning into a Intel FSP example in the 2017 3rd printing of the book. Interesting evolution of the platform across the decade and a half.

It's also the only publication with a 'drop-e' that I created, too. 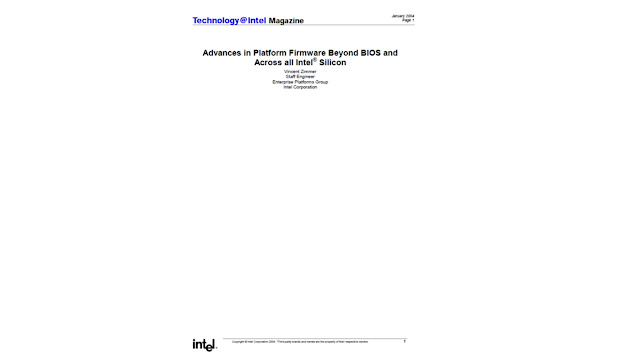 I still fondly recall the CDSA and ACSFL update articles, but unlike the ITJ, these pages have not been archived on intel.com, the wayback machine of archive.org, or other computer history repositories of lore such as bitsavers.org. For work that never made it to open source, I wonder how much interesting technology history is lost every year?

In the spirit of the written word, and despite questions of the demise of print https://www.stamats.com/think-print-dead-think-again/, it's nice to see that Grove, CEO when I joined in 1997, and Gelsinger, upcoming CEO this year, expressed both their technology and business insights via writing. 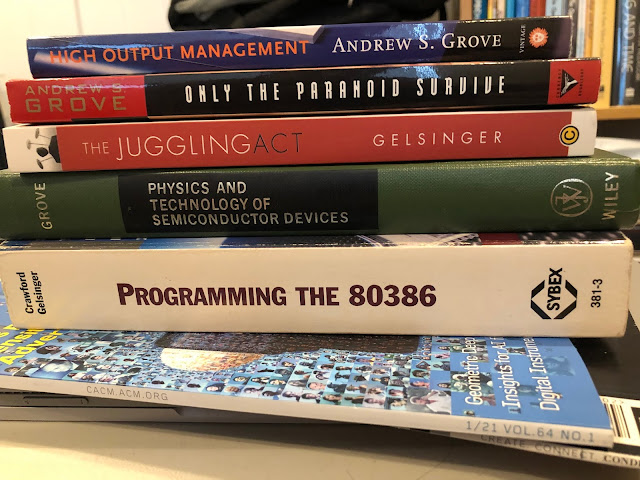 Writing books is one way to scale one's knowledge that transcends the utility of (cough cough) blogs, streaming video and podcasts IMHO.

Regarding the writing process, I am not sure about how easy of a time either my co-authors or luminaies like Grove and Gelsinger had in writing their tech and business books, but I feel like the following when trying to get the pages out. 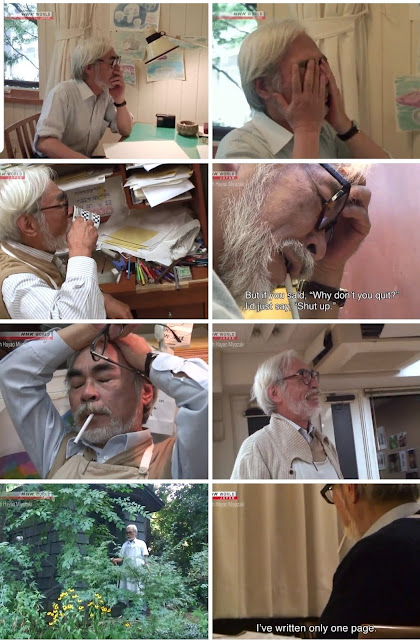 So much for this Saturday typing. Here's looking forward to market openings and meetings commencing tomorrow.
Posted by Vincent Zimmer at 8:01 PM