This corresponds with 3 decades of publications https://dblp.org/pid/34/5641.html.

These are some pretty rough blogs hosted on a free blogging platform comprised mostly of rambling thoughts, with a few repeats, and little to no editing.

This effort is definitely not part of the day job. For after hours there are already a lot of other non-day job writing activities queued up historically, including patents, papers, books.  As such, this blog has often been often log-jammed behind those. It's hard to priority boost, other than signaling events like IDF STM unleashed http://vzimmer.blogspot.com/2015/08/smi-transfer-monitor-stm-unleashed.html I posted right after delivering https://www.intel.com/content/dam/develop/external/us/en/documents/stts003-sf15-stts003-100f-820238.pdf in San Francisco in 2015. Latter took a winding path. Showed up in coreboot  https://review.coreboot.org/c/coreboot/+/33234 https://www.platformsecuritysummit.com/2018/speaker/myers/ and a variant in ppam https://www.intel.com/content/dam/www/central-libraries/us/en/documents/drtm-based-computing-whitepaper.pdf. OG info can still be found at https://www.intel.com/content/dam/develop/external/us/en/documents/a-tour-beyond-bios-launching-stm-to-monitor-smm-in-efi-developer-kit-ii-819978.pdf  and  https://cdrdv2.intel.com/v1/dl/getContent/671411 and   I guess that I should go back and update the 'released' blog posting, too since so many of the referenced sites have come and gone over time. I can easily see how much history (I was about to type 'wisdom' but I cannot claim to discern wisdom signal from information glut noise easily) is lost during our age of everything online.

While running into a colleague during the first visit to Oregon after COVID quarantine ended I was given a recommendation to read https://www.amazon.com/Inside-Intel-Worlds-Powerful-Company/dp/0452276438. The book ended in 1997, the year I joined Intel, so I cannot claim to have experienced the environment first hand. But some aspects of the culture described did map to my early Intel years. One quote I especially liked, though, was about how to work with an long-lived culture of technology, namely:

"Respect the past, be honest about the present, be optimistic about the future"

Or something like that. The stories about Hungarian Grove, whose signature I picked up as a recent hire shown in http://vzimmer.blogspot.com/2014/02/, reminded me of the manager in Oregon with whom I interviewed in October 1996, Mil Travniceck and then offered me the job, although I hemmed and hawed a few months while still working at Compaq prior to ultimately joining Intel in February 1997. From the first edition of https://www.amazon.com/Beyond-Bios-Implementing-Extensible-Interface/dp/0974364908 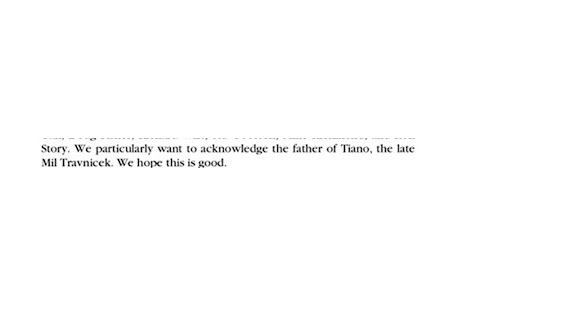 Mil coached me on many things, including life at Intel. He would always have the paper notebook and record meticulous details of our 1:1's, following the style described in Grove's https://www.amazon.com/High-Output-Management-Andrew-Grove/dp/0679762884. Mil was also from eastern Europe and had a deep accent. I never asked him his origin story, though. He was pretty legendary in the Intel BIOS community at the time and I appreciate the opportunity to have been hired by, learned from, and mentored by him in those early years in DuPont, WA. I still recall the last conversation I had with him. Although I was hired by him to lead the 64-bit Merced firmware in the High End Server Division (HESD), I had since moved on to the EFI team in the Microcomputer Software Labs (MSL) of the microprocessor division MD6. Mil was always a bit skeptical of the move from legacy BIOS, and in the hallway that day he challenged me "Is this move to EFI a good idea. A move away from legacy? You know legacy, we're really good at that here at Intel."

Those are some words I'd like to carry forward, too. In this blog, though, maybe I'm starting to repeat myself.  As I close blog posting 100, maybe the universe is telling me that this blog stream is 'done'. Or maybe it's still an opportunity to practice respect, honesty, and optimism.

Posted by Vincent Zimmer at 8:47 AM